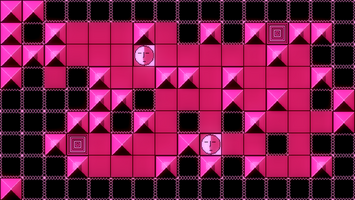 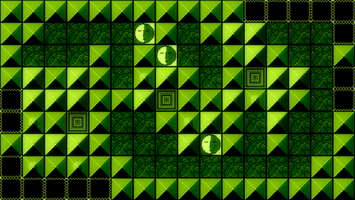 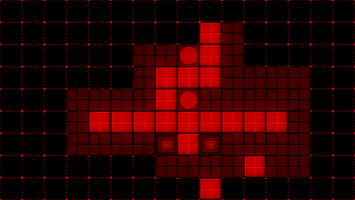 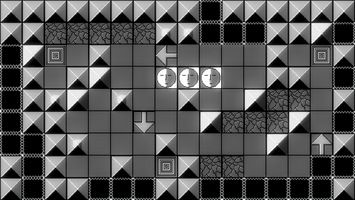 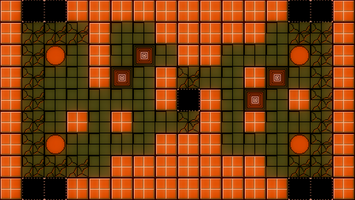 I'm very excited to release TeTriDi.  The original concept for this game came about as I was playing around with grid-based movement controls and accidentally duplicated my player.  This gave me an idea to form puzzle rooms for the multiple player pieces to navigate through. The name is a mix of the Greek numerical prefixes for four, three, and two, which represent the three different modes in the game, where you play with either four, three, or two player tokens.

Moving the player tokens to the goals with the least number of moves can be very tricky to get used to.  The two token mode slowly adds more objects and concepts, but the other modes start using everything, as such it is highly recommended to play the two token levels first before jumping into the three or four token modes.

I left all sixty levels accessible straight away because I wanted the player to be able to play in whatever order they want.  This also allows skipping over levels that the player may get stuck on and can come back to them later.  In this game it is not expected that the player will progress quickly, many attempts at each puzzle is normal as well as not being able to solve it the first time you come across it.

For a tip I would suggest that if you are trying to solve one token(s) then the other(s), and it is not working out, try reversing and solve the other token(s) first.

I stuck to a four-color palette like my previous game Astrofield because I like the retro / classic style it gives and improved upon the color palette swapping with this title by making it so the player can change the colors at any time, and from any screen. Several of the color options are throwbacks like Game Boy greens and Virtual Boy reds, but most are just various four-color options that I felt looked good together.

After implementing the color options, I had the idea to see if I can swap the sprite design just as smoothly.  For this I ended up turning everything into an object with a script, even the static floor and block tiles.  For a larger project I'm sure there is a better way it could be handled, but here we are.

I created three music tracks that play in a pattern of 1-2-2-3-3, then repeating 2-2-3-3. I consider myself a jack of many trades, but a master of none, and I mention that because I am not sure I am happy with the tracks, if I were to redo the music I would probably try to make it much more ambient and low key, these are fun, but maybe too attention grabbing.  I did add music options to adjust the music and sound volume levels, so if you want to turn the music off just slide the music slider all the way to the left.

For the Sound I made most of the effects using drum synths and samples because it seemed like a fun idea to try, and I think it came out nicely.  Because of that choice I ended up making all music and sound in FL Studio.

It is made in the Godot 3 engine, which I love, using GDScript. I wish I could say that because this is a simple game, that it was very easy and straight forward for me to code, but I have to admit that I had several, several times of just hitting my head on the table, and having to take a few weeks away before coming back to it again, but this is my second released game (out of so very many trial projects...) now and I know I am getting better as I go.

If you have any questions about how I did anything specifically, please let me know, on itch or email or twitter, and I will do my best to explain.  It may even turn into its own devlog entry.